Vicky Kaushal Indulged In This Japanese Delicacy; Can You Guess What Is It

With films like ‘Sardar Udham Singh’, ‘Takht’ and ‘Sam Bahadur’ lined up for this year, Vicky Kaushal indeed is one of the busiest Bollywood actors. With constant shoots and promotions of his films, the actor works hard to maintain his fitness level and diet. But did you know that Vicky Kaushal is also a self-confessed foodie?! While creating a balance between healthy eating and food full of calories, we have seen the actor devouring some ragi chips to parathas with lots of butter! As he shares snippets from his foodie diaries on social media, his recent indulgence will make you drool.

Sharing a photo of some delicious looking sushi plates on his Instagram, the actor wrote, “Sushiyaan se khusiyaan!!! @akshayarora3 @mustafa_thebull_ahmed.” Take a look:

While this is just one such example from his foodie diaries, the actor has earlier admitted that he loves to have “ghar ka khana.” Proving his love for the same, he was seen eating some decadent aloo paranthas with curd. Along with the stack of paranthas, one can also see a pickle jar and white butter. Vicky Kaushal captioned the photo, “A meal at home after ages.”

As the actor can be spotted on the hunt for some soulful food, he also went on a “3AM fridge raid” at his home. The actor’s ‘fridge raid’ items were disclosed on his Instagram story as he pulled out a plate of gajar ka halwa from his refrigerator! Take a look:

If you are still not stepping out but feel like having sushi at home, here’s how you can make sushi at home. We also bring you some sushi mat options that will help you do make sushi like a pro.

Here’re 5 Sushi Mat Options For You: 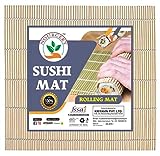 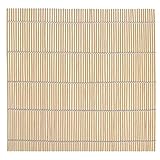 Disclaimer: This is promoted content with links from our affiliate partnerships. We get a share of the revenue from your purchase.

Wait, What? The University Of Florence Is Offering A Master’s Degree In Coffee

Kashmiri Baingan: This Buttery, Fiery Baingan Recipe Is A Must Try

Health Health News How to

Actress Nargis Fakhri loves to keep fans updated with her food shenanigans. This time, the Rockstar performer has…
Read More

Coffee is a beverage that countless people across the world swear by. The drink serves as an instant…
Read More