There’s something about Punjabi food that makes it a culinary hit at any event. Be it a wedding, a family get together, brunch, birthdays, a lavish Punjabi spread will always be a showstopper. Punjabi cuisine is known for its rich and robust meal preparations. From the ever-popular Sarson ka Saag and Makki di roti to Chole Bhature and Butter Chicken with garlic Naan, these combinations are undeniably a magical treat to the taste buds. While you may have had an array of delectable Punjabi delicacies, but there’s one dish that always manages to soothe our cravings- the rajma chawal. It is the ultimate comfort food and possibly the most loved one as well. Besides being utterly delicious, kidney beans (rajma) are also extremely healthy. They’re low on fat, rich in protein, cholesterol-free and help maintain blood sugar levels in the body.

There are so many variations of preparing rajma- unique to each one’s preference. For instance, Kashmiri Rajma, Rajma Tadka, et al. Punjabi Rajma Masala is the most popular one among them all. As compared to other rajma recipes, this recipe is a lot spicier and tangier. Besides, it is best served with steamed rice while some may like to have it with tandoori roti. To make Punjabi-style Rajma, you need to soak the rajma at least for 8 hours or overnight. If you happen to be a rajma chawal lover just like us, here’s the authentic Punjabi-style Rajma Chawal recipe for you. Read on.

To begin with, take a large container and soak rajma for overnight or at least 8 hours. After soaking, add the rajma into the pressure cooker along with 4-5 cups of water and spices like bay leaf, cinnamon stick and salt. Pressure cook this until 5-6 whistles.

Turn off the lid and let the steam pressure cool down completely. Once done, open the lid and check the Rajma by pressing it in between your thumb and index finger. If boiled properly, then drain the water from the boiled rajma and keep it aside.

Now for the paste, blend onions in a blender along with green chillies, ginger and garlic. Make a smooth paste and keep it aside. Now, heat oil in a pan, add dried red chilies, cloves, peppercorns, black cardamom, and cumin seeds. Let them splutter.

Add the blended paste along with tomato puree and dry spices like red chilli powder, coriander powder, turmeric powder, salt and mix everything well. Add drained water and cook for 4-5 minutes. Once cooked, add this mixture into the pressure cooker. Mix it well with the boiled Rajma and cook again for 5-6 minutes.

Sprinkle garam masala, Rajma masala, kasuri methi and your Punjabi-style Rajma is ready to savour. Pair it up with steamed rice and enjoy the wholesome meal.

Try this lip-smacking combo at home and let us know how it turned out! Happy cooking!

If you are looking for some authentic Rajma masala options, here’re 5 options for you to buy from. 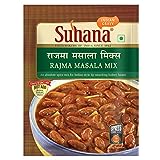 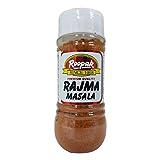 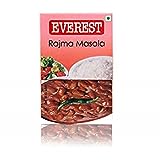 Disclaimer: This is promoted content with links from our affiliate partnerships. We get a share of the revenue from your purchase.

Health Health News How to

5 Reasons Why You Should Drink Black Coffee For Weight Loss

If you are one of those who work late till night or probably are up till dawn, then…
Read More

Maharashtra is a land of delectable food items. You haven’t fully explored the place unless you have dived…
Read More

Mushroom Manchurian – A New Take On The Classic Indo-Chinese Manchurian